Oh how lavishly He poured…

Holy Week is a special time in the life of the church. Maundy Thursday is the day of Holy Week in which the church remembers the new ‘mandate’ which Jesus gives to the disciples:

This Thursday service often includes the element of foot washing, a chance to tangibly imitate Christ’s example to one another.

The foot washing that took place in our service this week was especially meaningful for me, but in ways I did not expect. As each person made there way to one of the two foot washing stations at the front of our sanctuary, lines began to form. Each person would wash the feet of another, and then proceed to accept this act of service upon them self, allowing the next person 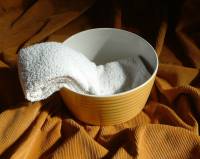 in line to wash their feet.

Adult after adult came forward, lowered themselves to their knees, took the small pitcher from the small basin, poured water on the feet of the recipient sitting in the chair, and wiped them clean. One basin held the water and pitcher, and another held the feet of the recipient. Practically speaking, the clean water in the basin slowly made its way into the footwashing basin. This means, there was in some way, a limited supply of water.

Being a part of worship prior to this aspect, I sat on the front pew and prayerfully observed as each person both washed and was washed. Some scrubbed with more diligence than others. Some dried the feet more effectively than others. Some worked one at a time. Others washed both feet together. But everyone took the small pitcher and used one pitcher-full to wet the feet of the recipient. Well, almost everyone.

As it happens, there were only to young children in this service with their parents. One of them stood shyly in line between her parents. She sat preciously with a smile as her father washed her feet, perhaps not sure what to think of this. Her smile broke into a subtle giggle as her dad quickly tickled the bottoms of her feet as he finished. She then slid off the chair and took her place on the floor, awaiting her mother to come and recieve the washing. 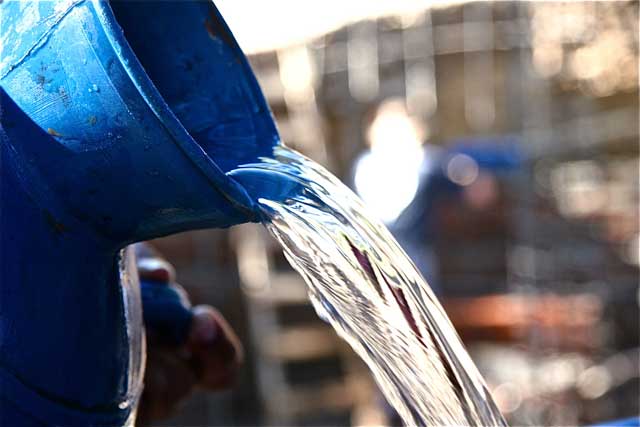 Taking the small pitcher, this sweet, naive 1st grader went to work. She scooped up the water and poured it over her mothers feet. She then reached back to the basin for a second pitcher full… and then a third, and a fourth. She had no concept for the limited quantity of water for the remaining feet to be washed, no thought of how she might use just enough to symbolically serve her mother. She was determined to fulfill her washing duty. In her actions, I saw a young girl lavishly pouring out the water – determined to thoroughly cleanse her mothers feet.

I was immediately taken to the story of the woman who lavishly anoints Jesus with an entire jar of expensive perfume, a seeming waste to the room of men who were blatantly unaware of the adoration and foreshadow present in that moment.

I was immediately taken to that evening meal, as Jesus, knowing both where he had come from and where he was going, began to wash his disciples feet. Did he wash with reserve? Was he concerned in this moment about how much to use?

And I was immediately taken to the cross, to the crowd who watched him hang, pouring out lavishly his love for all mankind.

On this Holy Saturday, I imagine many disciples finding themselves in utter disbelief and confusion. Surely, they reflected on the way that Jesus had been poured out on the cross, remembering also in these dark hours the way in which he so lovingly washed their feet, knowing those who would betray him. “Surely not I, Lord?” they had each questioningly stated.

In the young girl with her pitcher, the woman with her perfume, Jesus with his basin, and the gruesome execution which Christ endured, we find a picture of the Father’s love for us – a model which we are to follow. Oh, what love he lavishly pours out on us.